I’ve always been a big fan of Marvel and Capcom.  So when I first heard of the Marvel vs. Capcom series I thought it was a cool concept.  Characters from two well-known companies squaring off in a video game?

END_OF_DOCUMENT_TOKEN_TO_BE_REPLACED

I don’t want to make excuses, but yet again I’ve managed to disappear with minimal updates.

I will make up for this, I assure you!

Here’s what I’ve been up to:

Do these dogs have bite?

The Gang from Borderlands 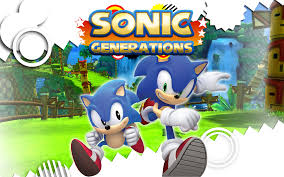 More to come in the coming days.  Stay tuned..

While checking out one of the best food courts in Auckland, my partner came across a classic arcade version of Street Fighter II.  Being the nerd that I am, I gasped at the discovery and quickly walked over to check it out.

The cabinet didn’t immediately bring back memories for me when I was a kid.  In fact, I was probably too little to even reach where the arcade stick and buttons were!

To my amazement the cost to play a game was only 50 cents.  I rummaged through my pocket, found a 50 cent coin and dropped it into the cabinet.

The classic characters were all there.  Ryu.  Ken.  Chun-Li.  It was a joy seeing it all again as I had grown accustomed to more modern fighting games like Street Fighter IV & Marvel vs. Capcom 3.

I eagerly switched to Ken as he was one of the few characters move sets I fully knew.  And it was here as I played the game, I had come to one very apparent realization:

I suck at Street Fighter II.

Quarter turns refused to quarter turn.  Hadokens were sad punches.  Shoryukens whiffed. And I was getting body slammed repeatedly by that Russian Bear Zangief.  Whether it was because the control stick wasn’t responding or I wasn’t doing the movements properly – nothing was working.

Although I was lost in spectacular fashion, it was a lot of fun reliving my early experiences of video games.  Nostalgia can have a great effect on you.  It transports you back to the days of your youth, when nothing else mattered.

What classic games do you miss playing?  Are there any that you still play to this day?

Judging from the trailer it looks as like they’re recapturing the magic of the NES classic. Here’s hoping for an awesome rendition of the Moon level.

The Tim Schafer quote at the beginning of the trailer was fantastic too.

What do you think of Capcom’s latest announcement? Are there any other game properties you’d want to see a remake for?

May is looking to be another great month for movies. The latest international trailer for the new Star Trek movie has just been released and from the looks of it…some things will be going down!

I’m not 100% sure why all the previews on YouTube have this attractive blonde woman in her undies as the teaser photo but who am I to complain?

What did you think of the trailer? Looking forward to another adventure with the Enterprise crew?

Traveling the past two years has made it difficult to catch up on one of my favourite hobbies: video games.

Now that I’m somewhat settled in New Zealand, I finally took the plunge and purchased an Xbox 360 from Trade Me.  You can only imagine my excitement when I finally picked it up last week!

I’m using this purchase to work toward one of my goals of reviewing video games.  This has been a goal of mine the last few years and I’m hopeful that I can give you some insights about what I’m playing.

Stay tuned and watch this space!  Reviews will be coming in the near future.

I was going through a bit of a change when I last spoke about my fitness.  If you’ll recall, I had just gone to my first barbell weight lifting class and the results…weren’t so pretty.  In fact, I couldn’t really walk, sit down or stand up without pain for three days!

But, since then things have changed.

END_OF_DOCUMENT_TOKEN_TO_BE_REPLACED

Been a few weeks hasn’t it folks?

I will be blunt.  Things have been busy.  But I’ll see if I can catch you up quickly on what I’ve been up to:

While I can’t guarantee I’ll always be around to write, I want to make it clear I haven’t abandoned this blog.

Video games and movies are two things that very rarely work together. Movies like Super Mario Brothers, Double Dragon and Street Fighter do not bring up positive movie memories for a lot of people. Wreck-It Ralph however, does an admirable job of stepping away from these live action disappointments and delivers an entertaining movie complete with colourful characters and great visuals.

END_OF_DOCUMENT_TOKEN_TO_BE_REPLACED

I’ve discussed at length about my journey to a more fitter lifestyle.

Thus far it’s been going well.  I’ve been running & training a few days a week.  My diet has become healthier: fruit & vegetables, less sugary drinks and smaller portion sizes.  Even though it’s been two weeks I haven’t relapsed back to my previous “diet”.

Presently I’m in a LOT of pain.  The reason?